To all those who have e-mailed me about boards, I should have the new run here soon, maybe even today! (UPDATE – FedEx says Tuesday, 12/2)  I’ll send each who requested an e-mail when I have them in hand.

Mike, KD2DYY sent me some pics of his build – nice work!  He did have some issues with the version of code, and the cable sets he was using – make sure you’re using the latest code (V1.5) that can be found on the build page:

Also, do make sure that the RCA cables you are using are good – I am using a set of cables that were from an old AV piece of gear. It’s original use was to carry Left and Right audio, and composite video, and it seems to work fine in this application.  Mike had to try 3 different cable sets before he got it working.  Here are some pics of his build: 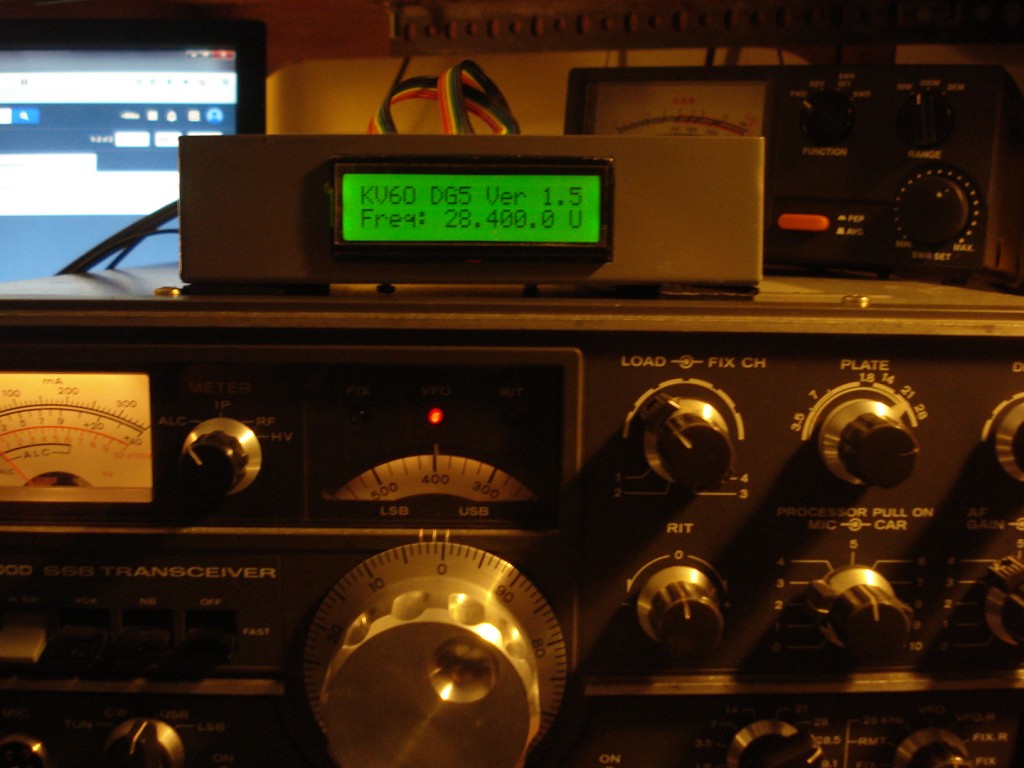 UPDATE 11/17/14 – new run of boards have been ordered today from AccuTrace, with a scheduled ship date (to me) of 11/24/14.  Rather than accepting orders right now, I’ll ship first come, first served to those who express interest via a post here.  No commitment, but if your interested please post a reply to this post (below) and I’ll reach out to you first.  After those orders have been fulfilled, I’ll reactivate the “buy now” link on the project page.  Thanks!

I only have one more board (my original order was for 20), when that one is sold, the PayPal button should direct folks who want to buy a board here.  If you’re interested in a PCB for this project, please leave me a note – if there’s enough interest I’ll have another run of boards made an e-mail you when they come in.

Todd over at www.toddfun.com has posted a new video, part 5 in his Arduino Frequency Display For Kenwood TS-520S HF Ham Radio series:

In the video, he solders up the project, mounts it in a chassis, and tests it out.  You can also see the previous 4 parts on how he came up with the design on his website.  Nice to see it built and working out side of my bench!

They did have an issue with the frequency appearing to be slightly off, that might have been the version of code he was running – the gate time seems to work best (and be most accurate) at 125mS, the original code was using 100mS.  Another issue that I have run into is that the later Arduino’s (like the UNO) do NOT use a crystal for the clock – they use a ceramic resonator.  Fine if you want to blink some LED’s, not so good if you want to measure a frequency.  Todd and I both used Arduino  Duemilanove’s – they can still be purchased at places like Amazon.com.

This is all open source – you can download the project, the BOM and the code from this page.

Great to see the end product. Let me know if you build one!